Get Involved With Our Fifty Shades Darker Protest! 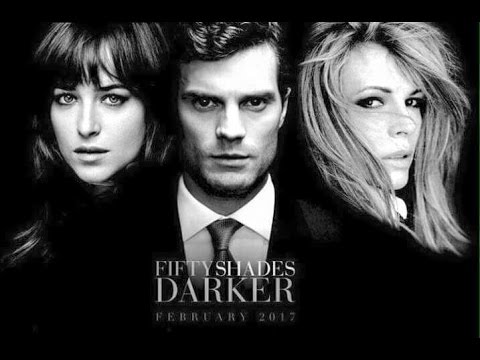 The first trailer has been seen and the film is set to hit cinemas on February 9th... Yes, it's that time, again, everyone! Time to plan some protest action, to coincide with the release of Fifty Shades Darker.

We protested the original Fifty Shades premiere with great success - we made the papers and were praised by London police for our peaceful demonstration. This time around, we'd like to go even bigger - and better.

In the coming weeks, we will be putting together a downloadable Protest Pack, full of information as to how you can get involved. And, excitingly, whilst we are hoping for a great turnout in London (we expect the premiere to take place on the 9th February or shortly before - details to follow as soon as we know them!), this time, you don't even have to leave your house to get involved. We will be running an event on Twitter in the days leading up to the premiere (and of course on the night itself), during which we aim to get a special hashtag trending.

For obvious reasons, we need to keep our plans under wraps as much as possible at the moment, but we're hoping to build up a database of people who want to get involved. So, if you're interested in either joining us in London, or being part of our event on Twitter, simply DM us via our Twitter page (drop us a tweet if we don't follow you and we'll do so!), or message us via our Facebook page with your email address, and we'll send you a copy of our Protest Pack, just as soon as we've put the finishing touches to it.

We're really excited about our plans for next February's premiere protest and we hope as many of you as possible will support us by joining in, whether in person, or online!

For now, thank you so much for your continued support. Please remember to get in touch if you'd like a copy of our Protest Pack. It'll let you in on precisely what we're planning... ;-)

With lots of love,

Protecting an abusive situation that is disguised as a love story? That's just sad.

KC says...
Protecting an abusive situation that is disguised as a love story? That's just sad.

And yes, we agree - far sadder to be ignoring the facts!